Through my eyes: Surviving cancer twice

“Helen, I’m so sorry to tell you that you have stage 4 ovarian cancer.” I will never forget hearing those words.

Nothing could ever prepare you for hearing your doctor say you have cancer. My life flashed before my eyes. I was in disbelief. How could I have cancer for the second time in my life?

I was only 48 years old at the time of my second cancer diagnosis, and I was already a survivor of a radical mastectomy due to breast cancer at the age of 32, just 2 years after I had given birth to my daughter, Julianne.

I received my diagnosis of breast cancer in 1972, and in those days, treatment was limited. The surgeon believed that a radical mastectomy of my right breast would give me the best outcome.

The doctor would prove to be correct, but I was no less devastated in the interim. I was the mother of three children, and instead of tending to my active children, I now needed to focus on my health and well-being.

However, I continued to live a blessed life. I was the wife of an Orthodox priest, a secretary, and a preschool Sunday school teacher. I was like any other mother, trying to prioritize my life. The difference being, if I got my priorities wrong, it could cost me my life.

The second episode began almost 2 decades later when I woke up feeling very bloated and fatigued.

I didn’t think much of it at first and thought I would feel better the next day. Yet the bloating continued, especially after eating, and I began feeling pressure in my lower abdomen. I decided it was time to contact the family physician.

The doctor ordered tests, but various X-rays, an ultrasound, and an MRI showed nothing. My doctor thought it was a case of gastritis and that I needed to rest and relax. However, 2 years later, my belly was now protruding, and I felt horrible pressure, so I asked my doctor for another test. This time they ordered a CT scan.

The CT scan showed something was not right, and I would need exploratory surgery to get more information. They found ovarian cancer tangled and webbed intricately through a large part of my lower anatomy.

The surgery lasted many hours, and my surgeon believed he had debulked 90% of the cancer. He also told me that I needed to undergo chemotherapy.

Cancer treatment was pretty grueling in the 1980s, and outcomes were a lot gloomier than they are today. I had already beaten cancer once, and the chance of surviving a second round seemed bleak.

I was offered a cocktail of Cisplatin, anthramycin, and Cytoxan as my best defense. Chemotherapy lasted 7 hours a day, and my side effects lasted even longer.

I was unable to complete my final round of chemo as my white blood count dropped too low. My oncologist thought the last round of chemo might have done more harm than good, so he discontinued the therapy one month short of 6 months.

The surgeon didn’t mention a survival time frame to me, of course. He knew I had enough on my mind and didn’t need to tell me that the consensus was that I had 6 months to live.

I guess God had a different plan.

I was sitting at the dinner table, having no appetite, looking frail and gaunt, with numbness and tingling in both my hands and feet. I was so tired and thinking that I can’t go on.

I didn’t realize that I had said that out loud until I was snapped out of my daze by my daughter telling me: “You can’t give up, you already lived longer than the doctor said you would.”

I was shocked. I expected to be gone already but felt emboldened by the fact that I wasn’t.

Like a boxer in the late rounds of a fight, I summoned energy I didn’t know I had. I vowed to not only go another round but to win this fight. I did it once, and I’ll do it again.

I got a second wind, but I needed something more, so I began exploring other avenues to find my cure. This wasn’t an easy task in the days before internet searches, and it would take considerable effort.

In retrospect, I feel there were three things I did that helped in my healing and recovery. The surgery and chemotherapy were a big part of my treatment plan, but I knew I couldn’t sit back and relax and let the doctors do all the work.

I went to church many nights, sometimes by myself. With my head bowed and body low, I asked God for forgiveness and strength, and to help rid me of any anger or resentment I had. As the wife of a priest, I received a lot of support, and people began praying for me all over the United States.

I also began juicing (long before the juicing craze began). I juiced mainly carrots, and once in a while, I would add garlic or an apple. I actually developed carotenosis, a condition that turns your skin orange — I drank so much carrot juice that I looked like a carrot!

The juice gave me valuable nutrition, and I found it easy to digest. The juicing seemed to provide me with energy, so I could continue to take care of my daily needs and responsibilities.

The third and possibly the most interesting approach that I discovered through a dear friend was a technique called “hands on therapy” by Janet Ziegler.

I met Janet through a friend, and during the introduction, I told her my name is Helen, and I have cancer. She turned towards me with a gentle, compassionate touch and told me, “You are Helen, and you had cancer.”

She taught me a process called visualization. It was as if she retrained my mind into thinking the opposite of what I knew as fact.

Before falling asleep that night, I remember asking God to give me a sign of a rainbow that things would be alright. It was that evening I clearly saw a rainbow full of vibrant color. I woke up the following morning feeling refreshed and thankful. Shortly after that experience, I no longer believed I had cancer. 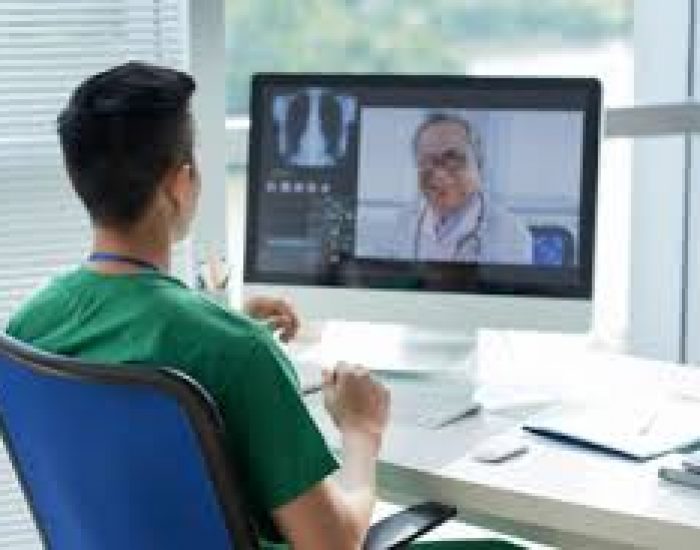