Some groups may face a disproportionate mental health impact during the COVID-19 pandemic. These include people of color, migrants, and people of various ethnic backgrounds.

That the current pandemic is affecting people’s mental health as much as their physical health is no secret.

Since the pandemic became a mainstay in our lives, people from all over the world have reported increased levels of stress and anxiety; it is now up to us to effectively manage how we cope no matter what

Based on the known psychological effects of other events that have left a deep mark on global communities in the past, researchers warn that the COVID-19 pandemic could have dire consequences for mental health. A recent article in the MEDICAL NEWS TODAY

For instance, a position paper in The Lancet Psychiatry in April argues that in the wake of the pandemic, the world may face an increase in anxiety and emotional distress, as well as other severe effects on mental health.

However, although the pandemic is mentally and emotionally affecting many people all over the world, past evidence suggests that it may affect certain communities more than others ; particularly because they have reduced access to mental health services and other healthcare resources.

People of color at high risk of PTSD

According to a 2008 study in the journal Health Affairs, which primarily discusses issues inherent to the United States, “mental healthcare disparities, defined as unfair differences in access to or quality of care according to race and ethnicity, are quite common.”

Although “Hispanics and black individuals have a lower risk of having a psychiatric disorder as compared with their white counterparts, those who become ill tend to have more persistent disorders.”

But why do people of color and certain other ethnic groups experience more long-term effects on mental health? Also, how is this pandemic affecting their mental health and what should decision makers do to support these communities?

We are considering these questions as part of a series of features looking at the disproportionate impact the current pandemic is having on certain groups and on issues of society-wide importance.

We have had cause in recent times to look at how the pandemic has been affecting women’s sexual and reproductive health, while also taking a long hard look at domestic violence rates.

For this feature, we spoke to people of diverse ethnic backgrounds in the U.S., asking them about their experiences with mental health and mental healthcare.

We also looked at existing data about mental health burdens and access to healthcare for different communities in the U.S.

To begin with, past research has shown that African American, Native Hawaiian, Hispanic, and Asian individuals have higher rates of post-traumatic stress disorder (PTSD) than white individuals.

Since some specialists have already expressed concern that the current pandemic may increase the risk of PTSD in the general population, it may be that it affects people of color and those from diverse ethnic groups even more significantly.

When asked about the impact that the current pandemic has had on their mental health, one person of color told MNT: “I live with PTSD, depression, and anxiety and I’ve had both positive and negative experiences with mental health during this time.”

“I feel I’ve been relatively lucky compared with many other people of color I know, in that I have a job that allows me to work from home, so I can keep a full-time income without taking the health risk of leaving home,” they said, adding:

“I know many others don’t have the same opportunities. For example, they work in service industries where they’ve had their hours cut, or lost their jobs altogether or they have to put themselves at risk by continuing to perform tasks that don’t allow for physical distancing.”

Data from the Centers for Disease Control and Prevention (CDC), albeit incomplete, suggest that of all confirmed cases of COVID-19 in the U.S., 27% have been in black or African American individuals and 14.2% have been in people who describe their background as “multiple” or “other.”

People of diverse ethnicity also account for a large proportion of the workforce deemed “essential” during the pandemic, which means that they are more at risk of contracting SARS-CoV-2, the new coronavirus.

In fact, according to the CDC, Hispanic people form 53% of the agricultural workforce in the U.S., while black and African American individuals make up 30% of nurses.

The aforementioned respondent said that their family members also fall into this category.

“I have many family members working in healthcare, and they don’t have the option of staying home; which then means they have to then stay away from me and other family members to avoid passing on the risk of contracting the virus,”

The significant exposure of people of color to the coronavirus is likely to leave a lasting mark on their mental health: A recent study from China shows that many COVID-19 survivors face traumatic stress in the aftermath of local outbreaks.

Rise in racism a key concern

The fact that people of color and certain other ethnic groups may face a more severe and longer lasting mental health impact than white populations is, in part, explained by the fact that they are often unable to access appropriate mental healthcare.

According to the American Psychological Association (APA), a large number of people in the U.S. who identify as a person of color or as belonging to a minority ethnic group experience a significant degree of marginalization and discrimination. This is a top risk factor for poor mental health outcomes in the long-term.

The APA explains that this is because discrimination and marginalization can hinder socioeconomic growth as well as access to appropriate healthcare, including formal mental health support.

Reports from 2001 found that even when these people do access formal mental healthcare, people of color are faced with bias from health professionals, who sometimes fall short in providing the right form of intervention for them.

However, discrimination has also taken on another aspect during the COVID-19 pandemic. Because the original epicenter of the SARS-CoV-2 outbreak was a city in China, people of Asian descent all around the world have started reporting an increase in racism and xenophobic violence.

The non-governmental human rights organization Human Rights Watch (HRW) has recently issued a statement expressing their concern about the rise in anti-Asian discrimination.

“Racism and physical attacks on Asians and people of Asian descent have spread with the COVID-19 pandemic, and government leaders need to act decisively to address the trend,” says John Sifton, HRW advocacy director for Asia.

A U.S. citizen who identifies as Chinese and Asian American expressed deep concern about this intensification of racism:

“May is actually Asian and Pacific Islander American Heritage Month, which is usually a time for us to celebrate the achievements we’ve made as a community. Instead, it has been an increasingly stressful time for the Asian community. Many of us have been reminded that despite being the ‘model minority,’ the title can be taken away from us and the underlying racism that we want to think we’ve moved past can come back instantly.”

Specialists have long recognized the fact that racism, discrimination, and xenophobia are particularly harmful to mental health.

In a 2018 position statement, the Royal College of Psychiatrists in the United Kingdom point out “that racism and racial discrimination is one of many factors that can have a significant, negative impact on a person’s life chances and mental health.”

“We are particularly concerned about the disproportionate impact on people from black, Asian, and minority ethnic communities,” they emphasize.

Remember, you can check out our Blog regularly for more relevant medical articles 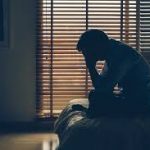 How to cope with your mental health during a pandemicMay 22, 2020
Heart disease in middle age linked to Childhood TraumaMay 28, 2020 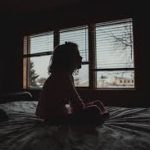 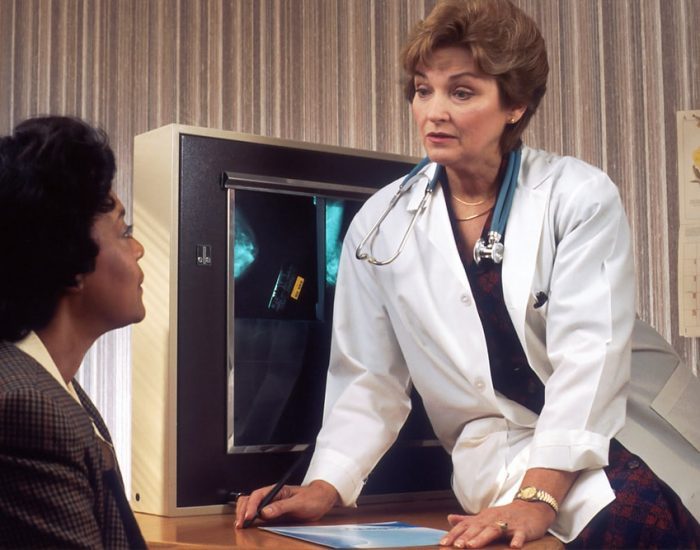